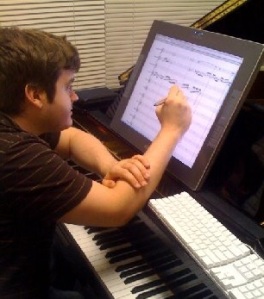 A previous post described a very simple Magento 2 module for showing application state. This post shows how to convert it into a Magento 2 Composer package and add it to a site.

Disclaimer: This is not official Magento 2 documentation and represents personal opinions, not that of my employer. (In other words, I’m just mess’n ’round.) Oh, and things are under active development in the Magento 2 code base which may invalidate some of this in the future.

The first step is to create a GitHub repository for the module. You can find the module from the previous post at https://github.com/alankent/magento2-module-show-application-state. If you are developing multiple modules, the easiest approach is to create a repository per module. During development Composer can then read the files directly from GitHub without you needing to use a tool such as Satis to create ZIP files for your modules.

The name element holds the Composer name by which we will refer to the module. The require element declares what other modules must be loaded and the version number we are compatible with. This version specifies an explicit version number of 0.1.0-alpha89. Later we will change this to 0.1.* so the dependency will keep working for future Magento 2 code drops. The version element declares the version of this package. The extra/map element says that all the code should go under the AlanKent/ShowApplicationState directory, which is relative to the app/code directory when type is set to magento2-module.

In my post yesterday I briefly introduced the first push of Magento 2 Composer packages to packages.magento.com. I included in the post a top level composer.json file. Here is a revised version of this file requesting the new module to be included.

The changes were to include in the require element a reference to my new module (alankent/module-show-application-state, which matches the name in my modules composer.json file), and a new entries in the respositories element with a type of “vcs” (version control system) and a url pointing to my GitHub repository.

After saving these changes I ran

Checking the htdocs/app/code directory showed that AlanKent/ShowApplicationState had been created, with the contents of the repository placed under that. This module does not require MySQL to be set up first. This means you can start up a web server on the code and point a browser at http://127.0.0.1/alpha89/index.php/showappstate (or whatever path you used in your web server setup). It should displayed a list of loaded modules. For me it did, cool!

The above is a quick way to get a project up and going, but is a bit of a pain as each module GitHub repository needs to be added in the repositories section. This adds quite a bit of bulk to the composer.json file after a while. A better alternative is to add the package to a repository. The packages.magento.com package repository does not accept public contributions, so I decided to try and host my package on packagist.org. (You can create local repositories if you want to keep your module private – I do not cover that in this post.)

I was wondering how to turn my package into something packagist.org would understand. A ZIP file perhaps? I had never actually asked the core Magento developers working on Composer what was involved. I decided to register myself first on packagist.org regardless (pretty straight forward). Luckily I did – the site explained how to add a new package pretty easily. I entered my GitHub repository URL (https://github.com/alankent/magento2-module-show-application-state.git) and clicked the big green “Check” button. It found the composer.json file and gave me a big green “Submit” button to press. Click. Done!

Well, almost done. My package was created at https://packagist.org/packages/alankent/module-show-application-state but searching did not seem to work. I guess it might update the search index periodically and it had not been done yet.

Further, there was a warning that I had not created a GitHub hook so new pushes to GitHub would automatically update packagist.org. I followed the instructions, which involved getting an API key from packagist.org and using that (and my packagist user name) to create a commit web-hook on GitHub for packagist. It took less than a minute. Nice!

But did it work?

I went back the my main project and pruned back the composer.json file to remove the extra repository I added. I also specified a version number of 0.2.* for the module to pick up the new version I create below.

I then jumped over to my module to make some changes. In particular, I increased the version value to 0.2.0 and I changed the dependency on magento/framework to be 0.1.* (was 0.1.0-alpha89). The 0.2.0 version is here. That way the module would be compatible with any 0.1 version.

But it did not show up in packagist. Then the penny dropped – I had forgotten to create a tag or branch. My preferred approach is to create a tag per stable version (such as 0.2.0) and a branch on which patches are created (0.2). When the first patch is released from the branch, it will be tagged as 0.2.1.

I jumped back over to packagist and viola, it showed 0.2.0. The GitHub hook had worked. I had not created a branch for 0.1.0, but I decided it was not important.  For the branch it had create 0.2.x-dev, which means “the latest version on the 0.2 branch”). (Hmmm, I think I don’t have something quite right here – packagist also created a 0.2.0.x-dev for my tag. I did not think it was supposed to do that. Oh well, maybe no-one will notice.)

So back to my alpha89 project to do an update.

Checking the composer.json file, it did pick up the new version with the improved dependency rules. So Composer successfully found the package on packagist.org. Success!

My goal of this blog post was to show how easy it is to create a new module in Magento 2 that can be loaded up using Composer. Using GitHub made it particularly easy with the web-hook to notify packagist.org when a new version is available.

There are some points worth noting however. It is usually more convenient while developing code to have the code sitting directly within your local Magento source tree. Then you can edit, save, and reload page to get the changes. Putting your module in a separate GIT repository however can cause some problems with nesting (GIT can get a bit fussy / confused). It may be better to put the module code off in a different directory and create a symbolic link to make it look like your new module is a part of the main Magento 2 directory tree to the web browser. (See also modman, which I am not going to cover here.)

Regardless of which file is used to add modules, this post has hopefully shown how easy it is to create a new module and then load it using Composer into your Magento 2 site.

← Magento 2 Progress Towards Installation via Composer
360 or 3D – Which is Best for Displaying Products Online? →